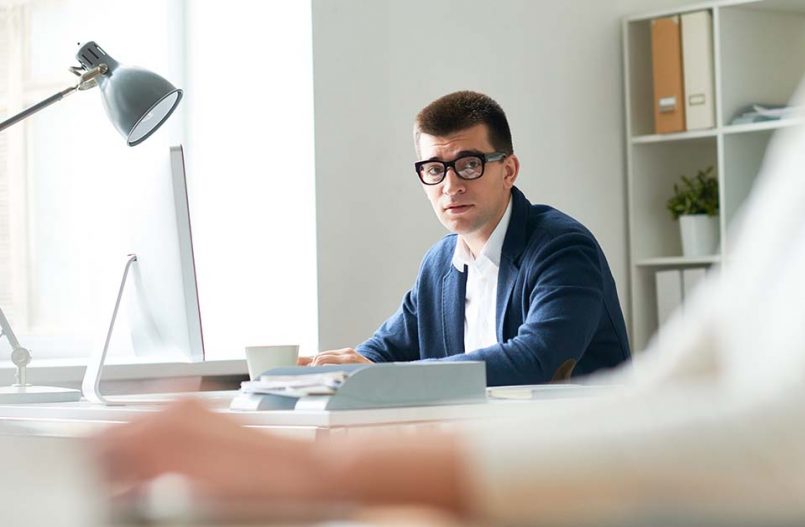 Recently, a client told me of a change in a key executive position in his company. After about 18 months in the job, this individual decided to leave on their own accord. The reasons for their departure became crystal clear within just a couple of weeks.

“What a mess he left behind” the CEO told me. “We had a sense that things were not going smoothly, but we had no idea how bad it was until he was gone. No wonder he left!”

Looking back on this experience, this owner lamented the fact that warning signs were there along the way. Each time however, they were excused away. “He’s new on the job; he’ll adapt…”  “He needs time to adjust to our systems and our people…”  “Well, he’s not as thorough as (his since retired predecessor) but he’ll pick up speed as he learns…” And on it went.

While a certain amount of patience with a new team member is warranted, (especially when the incumbent follows a valuable, experienced, long-standing manager), this must be tempered with a fair and reasonable set of expectations. That this individual did not prove to be a good fit for the job is not the result of a half-hearted recruitment effort. Quite the contrary.

A comprehensive search for the position was organized and implemented. Several qualified candidates were vetted, evaluated, interviewed, and discussed by the owner/CEO and by members of the leadership team. All signs pointed to the clear candidate of choice. What happened?

Clearly, there are several factors contributing to this unfortunate outcome (for the individual and for the business). Primary among them is the powerful yet subtle tendency to justify our hiring decisions by overlooking, excusing, rationalizing and ultimately accepting substandard performance. It stands to reason; we have a great deal invested in the hiring process. It’s our decision and we want to give it time to play out. And, as fair-minded people, we’d like to think we give new hires every opportunity before making a change. All good.

However, it’s sometimes easier to simply accept a lower standard of work rather than having to confront a hiring mistake and having to start all over again. That this individual’s leaving was his own decision rather a result of management action may be an indication of this acceptance. Over time, we simply get used to mediocre performance.

Having led a number of executive searches, I’ve heard people say the worst outcome would be that the wrong person is hired, and a change must be made. Far from ideal for sure, but not the worst outcome; not by a long shot. The worst outcome is when the hire turns out to be “not quite good enough to keep but not quite bad enough to fire.” So, they stay on the job and the quality of work and performance standards decline.

The onboarding of new team members can go more smoothly when clear expectations are set, timetables for work deliverables are communicated and open, objective feedback from work colleagues is sought and considered.

For more information on selecting and orientating new team members, contact me at joe@ajstrategy.com.